Airventures Alaska is a Anchorage, Alaska based company specializing in remote fly in trips throughout the State of Alaska. We cater to the Outdoorsman, Fisherman, Photographer, Hiker, Rafter and just plain old Nature Loving Outdoors People.  We Love showing people the special places in our backyard!
Some of our most favorite things to do are:
Anchorage Glacier Tours
Bear Viewing Tours
Moose Hunting
Backcountry Flights
and
Salmon Fishing by Float Plane 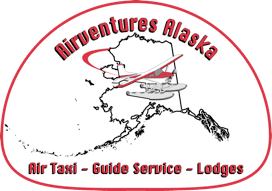 Our Mission at Airventures Alaska is make everyone’s trip as memorable and enjoyable as possible. We know we can’t make everyone happy (You people know who you are!) but we will darn sure try!

“Come Explore Alaska with Us” 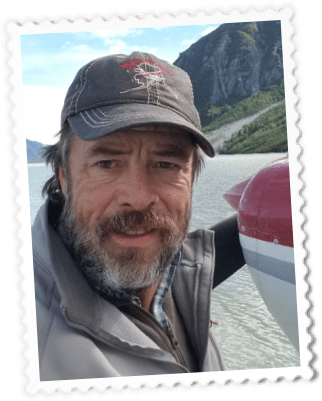 Casey grew up in the Gold Country Foothills of California and graduated from California State University, Chico with a BS in Geology. After a ride in a friend’s private airplane and an influence by an uncle who flew, he received his private pilot’s license in 1987. Flying many types of aircraft around the Pacific Northwest, he found his true passion and that was Bush Flying. In 32 years since, Casey has logged over 8,000 hours of flying time. He is a FAA Airline Transport Pilot, and holder of the following certificates: Multi and Single engine land, Single engine sea and instrument airplane.
His passion for Alaska, Bush Flying and Fishing lured him to the Great Land where he continues to share this with his clients. He under goes flight proficiency testing twice a year by a Federal Aviation Administration Examiner.

Maria Jose is a native of Argentina and was raised in the town of Alta Gracia, Cordoba, Argentina. Maria works closely with Casey on bookings and running the office. Maria Jose is the Wife of Casey and Mother of Lola Victoria and Olivia Nicole. In her spare time Maria Jose loves to paint as well a fish for Alaska Coho Salmon and in the winter travel to her homeland Argentina to spend time with family and friends. 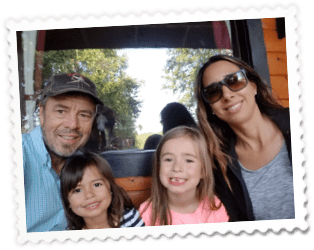 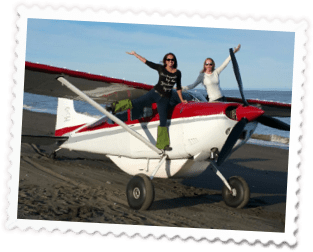 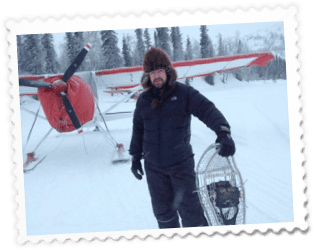 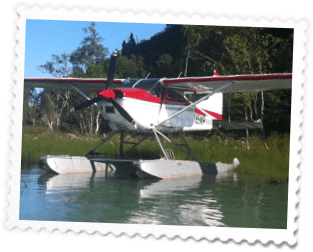 Our Cessna 185 Skywagon operates on Floats during the summer and Bush Wheels and Skis during the other parts of year depending on our location. We fly the Skywagon for the performance and reliability of this fabulous Bush Aircraft. We operate this aircraft under strict Federal Aviation Administration guidelines for Part 135 (Air Carrier) operations, which includes 100 hour vigorous and thorough inspections. We can operate this aircraft with up to four passengers and one pilot, however for comfort we generally operate with three passengers and one pilot.